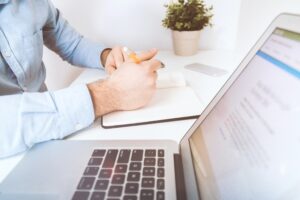 Were You Penalized by the IRS for an Unreported Foreign Account? Your Accountant or Tax Preparer May Be Liable!

The IRS Offshore Voluntary Disclosure Initiative (OVDI) and other foreign account amnesty programs are long over. Between the 2009 and 2011 tax amnesty programs, roughly 30,000 taxpayers have come forward and reported their offshore accounts. Most have paid severe penalties of 20 to 25% of the value of their offshore holdings.

That means someone with $1 million in a Swiss bank probably paid at least $200,000 in penalties.  Many of these taxpayers should not have faced those penalties; they were stuck because their accountants failed to properly report their offshore accounts.

Since 2011, tens of thousands more taxpayers have come forward. It seems as soon as the IRS drops a John Doe subpoena on a foreign bank or offshore promoter, more Americans feel frightened and file.

Often taxpayers use offshore accounts to evade taxes or hide their income from creditors. Other times, however, there is a legit reason to have an offshore account. Often we see tax preparers and accountants botch their client’s tax return by not reporting offshore financial assets (bank accounts, investment accounts, CD’s, etc.) When that happens, the accountant may be responsible. for any IRS penalties imposed on their client.

Foreign bank accounts are completely legal. Uncle Sam says that for most of us, we must report the account on Schedule B of the tax return and file a Report of Foreign Bank and Financial Accounts, more commonly known as an FBAR.  Of course, any income from those accounts must also be reported.

Depending on the size of your foreign holdings, a form 8938 (Statement of Specified Foreign financial Assets) may also be required. Currently a Form 8938 should be if the account balances and the value of other foreign financial assets total more than $50,000 on the last day of the year or more than $75,000 at any time during the year for single filing status. For married taxpayers filing jointly, the threshold amounts are $100,000 and $150,000, respectively.

*The thresholds for filing form 8938’s, FBARs and foreign account reporting on Form 1040 may change, consult the IRS or your preparer for current information.

Unfortunately, many CPA’s utilize tax software to prepare returns. Think Turbo Tax on steroids.  Often, the accounting software utilized by many accountants fails to ask if any of the interest or dividends reported came from a foreign source.

The taxpayer relies on the accountant to properly prepare his or her returns and the accountant unfortunately relies on bad software and is often too lazy or busy to manually match the taxpayers records to the return. We have become so dependent on computers that many accountants failed to actually look at the records given to them.

I have seen several returns in which foreign interest is listed on the return but no FBAR filed and the account not disclosed. Whose fault? It’s usually that of the tax preparer.

Luckily, most people who have foreign accounts utilize professional CPA firms.  The “tax guy” who does returns in his kitchen part time probably doesn’t have insurance. CPAs do. That means if your CPA failed to file the appropriate returns you may be able to recover from them or their malpractice insurance.

Tens of thousands have come forward in recent yearr and late filed FBARs and amended their returns to report the offshore income and accounts. If you recently paid significant penalties to the IRS for a voluntary disclosure of a foreign account, an offshore audit finding or for participation in one of the two IRS amnesty programs, you may have a claim against your accountant.

The question in all these cases is whether the accountant knew or should have known of the foreign bank or foreign brokerage account.  If your shoebox of receipts included an interest statement from a foreign bank, he should know. Similarly, if your annual tax organizer given to you by your accountant asks you to list accounts and you did, he or she is deemed to know.

Many people have used the same accountant for years. That person is often more than a tax preparer, he or she is a trusted financial advisor and sometimes a friend. Unfortunately, many professionals – doctors, lawyers and accountants – make mistakes. That’s why most professionals are insured against malpractice and professional negligence claims. Friend or not, you shouldn’t suffer for their mistakes.

If you paid penalties to the IRS for an unreported foreign account and believe your accountant is to blame, contact us.  All calls are strictly confidential.  Our accounting malpractice and asset recovery lawyers have helped many people get back their hard earned money.

2018 Update: The offshore amnesty program is longer over yet taxpayers continue to get into trouble for unreported foreign accounts. Former Trump campaign manager was recently indicted for a variety of alleged financial misconduct including having an unreported foreign bank account.

During Manafort’s trial, prosecutors called Paul Manafort’s former accountant Philip Ayliff who testified that Manafort denied having or controlling foreign bank accounts. Ayliff says that is the reason he never reported those accounts.

Manafort certainly has a full plate with all the Ukraine lobbying and foreign influence accusations. We don’t know whether Manafort is planning to go after his accountant and whether he would even be successful. The case remains significant, however, because when a taxpayer fails to report an offshore account, you can believe the IRS or the taxpayer herself is going to be asking questions of the accountant.

We sue accountants and lawyers for providing bad or faulty advice. Since this post was originally written, we have moved most of our accounting malpractice information to our sister U.S. Legal Malpractice website.

Mahany Law – America’s Fraud Recovery Lawyers. Our lawyers are located throughout the United States. Services available in most locations.