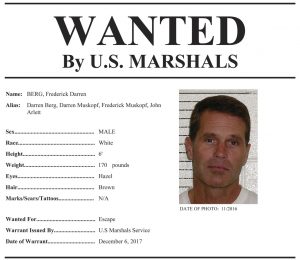 Is Frederick Darren Berg the Biggest Ponzi Schemer in Washington State? We Certainly Think So..

[Post updated January 2020] Frederick Darren Berg fancies himself the king of Seattle tour busses. Prosecutors say he is the mastermind of a $130 million Ponzi scheme, one of the largest frauds ever in Washington state. A federal grand jury indicted Berg two months ago and charged him with 9 counts of wire fraud, 2 counts of money laundering and 1 count of bankruptcy fraud, all felonies. Who is Frederick Berg and how did he commit his crimes? The story is fascinating.

According to published reports, Berg has a long history of financial problems. The Seattle Times reports that back in the 1980’s while a student at the University of Oregon, Berg was accused of stealing his fraternity’s money. What did he spend it on? A tour bus. Several years later, Berg was indicted by the feds for issuing bad checks and once again prosecutors say the money was spent on busses. The amount taken in those frauds was between $10,000 and $20,000 dollars.  In 2003, however, prosecutors say Berg graduated to the big leagues.

According to the indictment, Berg started an investment venture called the Meridian Group. Meridian created a series of 13 investment funds. The stated purpose of the funds was to invest in seller financed real estate contracts and mortgage backed securities. Instead, the money largely went to fund Berg’s lavish lifestyle. Prosecutors say that Berg used the money to create a luxury bus company, purchase several multi-million dollar yachts, private jets, luxury cars and a huge  island mansion.

The Seattle Times reports that Berg’s Facebook page has a photo of him posing next to a Seattle’s Best Coffee poster that says “I’m hot and I’m rich.”  His actions, however, left investors anything but rich.

Berg apparently fooled between 500 and 700 investors out of $130 million. One investor gave Berg $5 million. Unlike many Ponzi schemes that promise ridiculous rates of return, Berg promised a 12% rate of return. That fact and a clean bill of health from two prominent auditing firms convinced many investors to give Berg their money.

In an effort to fool auditors – an apparently successful effort – Berg created false real estate contracts, false loan documents, phony appraisal reports, fake title reports and even bogus accounting records.  Knowing that auditors will often attempt to verify  the holdings of the funds’ portfolios. Berg rented dozens of mail boxes and had the post office forward all mail to his address.

The phony and forged document ruse worked, Moss Adams, a reputable Seattle based firm, audited the Meridian funds for several years. Deloitte Financial Advisory Services also examined some of the funds and concluded that they were high quality.

The Unites States Bankruptcy Trustee says he is going to sue the auditors for not catching the fraud. Trustee Mark Calvert compared Berg’s funds to the Wizard of Oz, but with absolutely nothing behind the curtain.

Like all Ponzi schemes, prosecutors say that Berg used new investor money to pay off some earlier investors. But as more and more fund payments came due, Berg could no longer keep up with the payments. When he could no longer make payments his dishonest dealings were exposed.

If convicted on all counts, Berg faces a lifetime in prison. Sentencing guidelines should earn him over 20 years. According to law enforcement, some of the victims were elderly and invested much of their life savings with Berg.

Is there a lesson in all this? Absolutely. Be careful of how you invest your money.  Like most Ponzi schemes, a couple hours due diligence could have saved all these investors millions. Would you invest your life savings with a man convicted of federal bank fraud? The Seattle Times reports that Berg claims he has a law degree from the University of Oregon but a simple check with that school shows no degree. [Not only does he apparently have no degree, Berg apparently embezzled money from his fraternity causing him to drop out of school.]

The saving grace for Berg’s investors is that much of the money came into the funds from two brokers. Berg’s funds were also audited or examined by reputable accounting firms.  Just because brokers and CPA’s were fooled does not mean that they are not liable to investors. Licensed financial professionals have more responsibility. While the investor has no obligation to perform any due diligence, the paid investment firms and accountants do.

Getting money back from a fraudster is nearly impossible. The deep pockets are the brokers and bankers who enabled his schemes and often we can hold them liable for any investor losses.

Update: Berg was finally sentenced in February 2012. Prosecutors said, “Many of Mr. Berg’s victims will be forced to make significant changes to their lifestyle … such as foregoing retirement, taking additional jobs to support their children’s education and selling their homes. Others are likely to be forced into bankruptcy and may also lose their homes because of the financial devastation Mr. Berg’s fraud has caused.”

His punishment? 18 years in prison. Five years into his sentence he escaped from the minimum security unit at the Atwater Federal Penitentiary and as of 2020, is still on the lamb. Authorities believe he may be hiding in Brazil. More on his escape and updates on the whereabouts of Frederick Darren Berg here.

While his victims continue to suffer, Berg is living as a free man. For now.

Mahany Law is a full service, national boutique law firm that assists victims of fraud recover their money. With attorneys in many states we have handled actions in over 30 states. We have successfully brought actions against lawyers, securities brokers and financial professionals for their negligence in a wide variety of frauds and investment schemes.  From welfare benefit plans to Ponzi schemes to bad investment advice, we can help.

For a no obligation, no nonsense review of your case, contact attorney Brian Mahany online, by email or by phone at (202) 800-9791. All inquiries are protected by the attorney – client privilege and kept confidential.