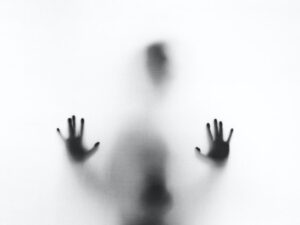 [Updated through 2021] We have been closely following the saga of Barry Minkow, former convicted fraudster who allegedly found God and become a pastor. Unfortunately Minkow was again convicted of fraud and had to do his worshipping from a prison chapel.

When we first published this story, Minkow has served 7 years in prison in the 1980s after being convicted of running a Ponzi scheme. That scheme allegedly defrauded investors out of $100 million. Court records say Minkow was convicted of 57 counts of securities fraud.

Unlike street thugs, white collar criminals usually learn their lesson after a few years in prison. Especially those that claim to have found God.

The LA Weekly says that after his release, Minkow found religion, became senior pastor at the Community Bible Church and even began helping the FBI working as a “fraud buster.”

We soon heard that Mr. Minkow was apparently leading a double life. While tending to his parishioners in California, Minkow was issuing reports across the nation critical of major American companies. Minkow would publicly criticize a company while shorting its stock. His reports would cause the stock price to fall thereby earning him a nice profit.

Somewhere along the way, Minkow decided to take on home building giant Lennar Corp. and Medifast, Inc. Both companies were not amused by Minkow’s unsubstantiated allegations and sued him for a number of things including libel and extortion. Lennar says that Minkow’s false reports and media attacks caused their stock price to drop by 20%. Medifast claims their stock loss was 45%. That means overnight, these companies lost hundreds of millions of dollars in valuation.

Minkow pleaded guilty in 2011 to insider trading violations in connection with his shorting of Lennar stock. Once again, he was back behind bars, this time for five years. The judge that sentenced him says he has “no moral compass that says “stop.'”

Did he learn his lesson? Once again, no. In 2014 he was convicted of one count each of conspiracy to commit bank fraud, wire fraud, mail fraud and to defraud the federal government. Those charges stemmed from claims by church leaders that he had scammed $3 million in donations. He received the maximum sentence available under his plea bargain, another 5 years to be served consecutively.

He also must pay $612,000,000.00 in restitution by our calculations. Unless he figures out a new way to steal, his former victims probably aren’t going to get paid.

If his last sentences are any indication of the future, Minkow will had plenty of time to truly find God. In the mean time, we continued to pray for his many victims.

So where is he now and why does he keep defrauding people?

And where is he now? We aren’t sure. There are some reports of a movie deal (if true, his lawyer is correct about Minkow suffering from narcissistic personality disorder). Assuming he is now out, our only words of advice is not to give him any money.

Today’s markets are truly complicated. Although we do concentrate in fraud recovery cases, our practice concentrates on licensed financial professionals, lawyers and accountants. Unfortunately we found people like Barry are usually not collectible meaning you may win in court but never collect a penny. If you lost a significant sum of money with a licensed professional, give us a call.

Contact attorney Brian Mahany online, by phone 202-800-9791 or by email . All inquiries are without obligation and kept completely confidential. Services provided anywhere in the U.S.