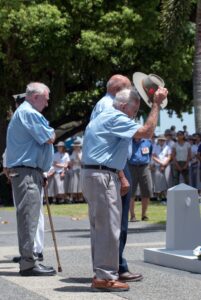 Prudential May Have Ripped Off Veterans for Almost $1 Billion!

A federal judge in Massachusetts refused to toss a lawsuit brought by veterans against Prudential. The veterans claimed that the insurance giant failed to timely pay lump sum death benefits. Prudential has a contract with the Veterans Administration to provide life insurance benefits to U.S. military veterans.

Under the contract, Prudential is supposed to pay out benefits in a lump sum.  Sometime in 1999, Prudential began issuing “checkbooks” to beneficiaries. The checkbook required the beneficiary to receive the insurance proceeds in installments over several years.

Prudential says that by fully funding the checkbooks, they had made the required lump sum payment. Obviously, the people counting on the money to pay burial expenses and other bills didn’t see it that way; they had to wait years before they were fully paid.

So why did Prudential stop making lump sum payments? It’s a matter of interest. Prudential allegedly set up the checking accounts in such a way that they were able to keep earning interest on the money. The lawyer representing the veterans’ families say the amount of money Prudential pocketed by collecting the interest and delaying payment was staggering – they say damages could exceed $850 million.

Prudential asked the court to dismiss the suits after being sued by several people alleging fraud, breach of contract and breach of fiduciary duty. Judge Michael Ponsor denied Prudential’s request to dismiss the complaints meaning the case is likely to go to a jury.

When someone says “insurance fraud,” many think of the dishonest body shop trying to make a couple extra bucks by replacing damaged parts with used one or padding estimates.  Insurance companies are no strangers to bad faith actions and class action fraud claims, either. Big insurance companies don’t make money by paying claims. Collecting premiums after an insured dies, delaying payment of claims or even refusing to pay claims or defend law suits involving their insureds are the dark side of how many insurers operate.

Prudential’s website says their mission is to help customer “achieve financial prosperity and peace of mind.”  The families of the deceased vets are likely to tell you something much different.

Update: In 2014, Prudential settled the class action lawsuit for $39 million. The company settled without any admission of wrongdoing. According to court documents, there are 67,000 vets eligible to participate in the settlement.

In addition to paying vets their share of the settlement, Prudential agreed to make a large charitable donation to organizations supporting veterans causes.

Mahany Law is a full service, boutique law firm concentrating in fraud recovery, including claims against insurance companies. If you have been denied coverage or denied benefits, give us a call. In many cases we can handle your claim on a contingency fee basis meaning no charge for legal fees unless we win. We invite you to visit our insurance bad faith cornerstone content, How Do I Sue My Insurance Company? For a no obligation, no nonsense review of your claim, contact Brian Mahany online, by email or by phone 202-800-9791.

Services nationwide. Our insurance bad faith practice is typically limited to class actions but we will entertain individual cases if the out-of-pocket loss exceeds $1 million.