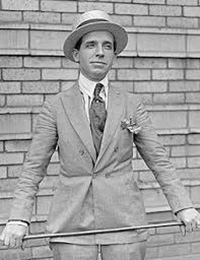 Two months ago I wrote about the sentencing of Ken Starr, money manager to many top celebrities. Starr is currently cooling his heals in the federal pen after being convicted of defrauding clients of $30 million – clients such as Wesley Snipes, Sly Stallone and Al Pacino. This week, Starr’s lawyer, Jonathan Bristol, pled guilty to his role in the fraud.

Prosecutors say Starr would steal the money and then launder the funds through Bristol’s attorney trust account. When clients would need funds, Bristol and Starr would shuffle funds in an effort to rob Peter to pay Paul. Ultimately, like all frauds and Ponzi schemes, the house of cards collapsed.

Where did the money all go? The judge in Starr’s case believes it was spent on Starr’s fourth wife, a woman described as a former stripper.  Bristol apparently didn’t get much of the money either. Prosecutor’s believe he engaged in the fraud in order to impress his law firm.

Bristol has not been sentenced yet.  As part of his plea deal, he will be ordered to pay back $18,860,000 in restitution for his role in the crime. How an unemployed, disbarred lawyer and convicted felon might pay that sum back remains to be seen.

While prison for Bristol and Starr might bring closure for some of his victims, justice may remain elusive. One of the victims in this scheme was a 100 year old woman. Unfortunately, she will be probably be long gone from this world before either man is released from prison, much less pay restitution.

Bristol’s former law firm, Winston & Strawn, is reportedly cooperating with prosecutors. They may be the only deep pocket capable of paying restitution.

Although there are absolutely no claims of criminal wrongdoing against the firm, I suspect that many of the victims will seek compensation for their failure to keep tabs on their rogue partner… a partner who had only been with the firm for a short time.

There are no winners in this case… except perhaps Starr’s wife Passage who the New York Daily News called a stripper and a pole dancer.

*Since this post was first written, Jonathan Bristol was sentenced for his role in Ken Starr’s crime spree. U.S. District Court Judge Batts gave Bristol a sentence that doesn’t have him serving a single day in prison. He was ordered to pay $30 million in restitution, however.

How Do Victims of Ponzi Schemes Get back Their Money

While there is certainly justice in seeing Ken Starr go to prison and a weepy Jonathan Bristol get ordered to cough up $30 million, chances are pretty good that neither one of them have that kind of money lying around. There future employment prospects aren’t good either.

Law firms aren’t automatically responsible for the conduct of their lawyers but if clients believed they were dealing with the law firm and the lawyer was acting in the apparent scope of his or her authority, chances are good that we can force the law firm to make good on the losses.

If you have been ripped off in a Ponzi scheme and one of the players was a lawyer, you may have a claim. For more information, visit our legal malpractice site or contact us online or by email . All inquiries are kept strictly confidential.