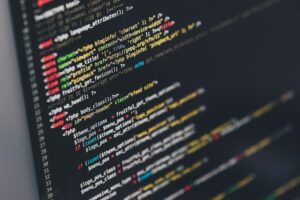 Thinking about Making Up Documents in the Hopes of Fooling the IRS? Beware of Whistleblowers and the IRS Ability to Obtain Metadata

An Information Letter Memorandum issued by the Chief Counsel of the IRS (ILM 201146017) says the IRS can summons metadata from taxpayers. Just about everything we do on a computer carries a trail of metadata.  This stored information tells how data was formatted, modified and created.

For those not familiar with metadata, we take our definition from Wikipedia:

Metadata means “data about data”.  Metadata is defined as the data providing information about one or more aspects of the data; it is used to summarize basic information about data which can make tracking and working with specific data easier.[Some examples include:

Traditionally, the IRS accepts paper documents from taxpayers.  The metadata, however, may shed light on when a document is created, if it was modified and how it was modified.  This shouldn’t be a problem for taxpayers who are honest and forthright in their dealings with the IRS.

Unfortunately, some taxpayers attempt to “create” a document to help their case or modify a document to delete something they think may hurt their cause.  Until now, there was little chance of getting caught. By allowing access to metadata, there is a huge risk that someone who attempts to manipulate or create documents will be caught.

“The questions above arise in the context of examinations of taxpayers that keep their business records electronically with metadata automatically created as an integral part of the records. In many instances, the Service’s examinations would be advanced by accessing metadata that identifies the original date a transaction was entered in the electronic records, the dates of any changes to the entries, and the username of the person who made the entries. The value inherent in an examiner’s ability to obtain the date and source of recorded entries is self-evident; the information tends to support or undermine the credibility of the entries in the business records.”

The IRS probably will not seek metadata in routine audit cases. Where the revenue agent gets a whiff of fraud, however, be prepared for a summons for the meta files.

What does this mean? Don’t get creative and try to manufacture documents that don’t exist. Instead of trying to outsmart the IRS, contact an experienced tax attorney for help with an audit.

The information above is presented as a public service. Most taxpayers would never dream of creating fake documents. There are always a few bad apples, however, who think they are they are smarter than everyone else.

As we noted above, we don’t expect the IRS will routinely seek metadata when conducting investigations. The law of averages say that a few people will get away with what we call “audit roulette.” Like the game Russian roulette, the outcomes of such a game can be deadly.

If you have inside information about a person or entity evading taxes, underreporting their income or willfully underpaying what they owe, you may be eligible for an IRS whistleblower reward.

In significant tax cases where the amount of tax, interest and penalty exceeds $2 million, the IRS can pay cash rewards of between 15% and 30% of the amounts recovered from the taxpayer. We help whistleblowers earn the maximum rewards possible.

To learn more, visit our IRS whistleblower rewards page. Ready to see if you have case? Contact online, by email or by phone 202-800-9791. We accept cases throughout the United States and worldwide (you do not need to be a US citizen to receive a reward). All inquiries are protected by the attorney – client privilege and kept confidential.