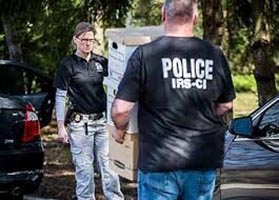 Have Information about Tax Fraud? You May Qualify for a Large Cash Reward (IRS Whistleblower Post)

Long before Enron became a household world, an anonymous whistleblower came forward and tipped off authoritiesThe Internal Revenue Service paid an anonymous whistleblower a $1.1 million dollar reward for information about tax fraud at Enron. The award was paid out under the old IRS whistleblower program and represents the then maximum reward. For the same claim filed today, the award could have been much higher. The IRS can now pay up to 30% of the taxes collected because of a tipster’s information.

The IRS revamped their whistleblower program in 2006 to encourage more people to come forward. Under the new program rules, tipsters are virtually assured of anonymity and can earn a hefty payout for turning in tax fraud.

Critics of the program say it encourages employees to turn in their own employer, jilted lovers to turn in each another and businesses to turn in their competitors. It’s one thing if there is actual fraud but even a positive audit finding could trigger a reward. One popular Congressman called it the “Rat Your Neighbor” program.

Businesses now have to worry that the same internal auditors and investment bankers they rely for financial advice could be setting them up for a big fall.

Before its bankruptcy in 2001, Enron was a major electricity, natural gas, communications, and pulp and paper company, with claimed revenues of nearly $101 billion during 2000. Fortune named Enron “America’s Most Innovative Company” for six consecutive years. We soon learned that Enron was nothing more than a house of cards propped up by creative accounting and phony books and records. Part of the fraud was the use of phony tax shelters.

Now we know years later that a Wall Street banker acted as a whistleblower. We don’t know who the whistleblower is. Why? Because the IRS protects their identity (one of the biggest benefits of the IRS Whistleblower Program).

Business owners must insure that their books and returns are clean. With rewards of up to 30%, the chance of getting turned in and caught is now very real.

Do You Have Information About Phony Books and Records?

The SEC, CFTC and IRS all have robust whistleblower reward programs. These laws also have anti-retaliation protections for those who step forward.  To learn more, visit our SEC and IRS Whistleblower program information pages. Ready to see if you qualify for a reward? Contact  us online, by email or by phone 202-800-9791.

All inquiries protected by the attorney – client privilege and kept confidential. We accept whistleblower cases worldwide.