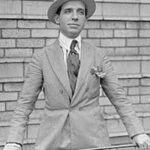 Victim of a Ponzi Ccheme or Investment Fraud? You Aren’t Alone

[Ed. Note:  This story was written by Bruce Kelly and appeared on October 7th in Investment News. It is reprinted with permission.  As readers of our blog already know, we love Investment News for breaking fraud stories that mainstream media often doesn’t. We especially enjoy Bruce Kelly for his unique ability to share the “story behind the story.”]

The sentencing this week of infamous Ponzi schemer Ed May to 16 years in federal prison brought back a flood of memories, most of them awful, that dated back to the summer of 2007 when news of May’s $350 million scheme first broke.

Recall the days prior to the credit crisis. Midyear 2007 seemed a halcyon time. The market was roaring, with the Dow on its way to hitting an all-time high of 14,000 and change that October.

Even my beloved New York Mets were in first place in their division that summer. That’s until they belly-flopped in a manner reminiscent of this year’s Boston Nine.

May, 75, had quite a background. He was former business manager to disgraced Detroit Tiger star Denny McLain, and his failed business ventures included a Las Vegas celebrity golf tournament. His 10-year Ponzi scheme was built on selling bogus investments with huge returns in phony telecom contracts for big-time Las Vegas casinos.

Hindsight shows us that the scheme’s crash was much more than a singular bump in the road to good times and easy money.

Indeed, along with other market events, Ed May’s Detroit-area-based swindle was a harbinger of the pain to come for investors and financial advisers alike.

As May’s clients were demanding their money back, only to find that the till was empty, hedge funds managed by wizards at Bear Stearns in New York were exploding. Meanwhile, independent broker-dealers such as Southern California’s Brookstreet Securities were imploding, unable to meet margin calls for mortgage-linked securities.

Like the collapse of Bernie Madoff’s Ponzi scheme a year and a half later, Mr. May’s scheme came to light when new clients were no longer available to be plucked, and old clients began to scream for their cash.

The past four years have seen carnage in the securities industry. Dozens of other broker-dealers that sold separate, unrelated high-risk and allegedly fraudulent private deals have since shut down. Former titans of the industry, e.g., Bear Stearns and Lehman Brothers, are kaput.

Makes you think. Financial chaos across the country, from Wall Street to Detroit to Southern California, all linked to high-end, high-risk private investments. Investors demand their money back or banks made margin calls, and then each collapsed. Gut churning memories, indeed.

Again, hindsight is 20-20, and let’s hope we never see the events of the past four years repeated in our lifetimes. But the next time a Ponzi in Peoria blows up just as a Wall Street prince gets caught with his pants down on a mortgage-backed trade, I’m digging a hole in the backyard and burying my cash.

We sincerely hope that you are never the victim of Ed May or one of the other Ponzi schemes and frauds that seem to be everywhere these days. If you are, give us a call – there is no obligation and we may be able to help you get back your hard earned money or point you in the right direction.

The asset recovery and fraud lawyers at Mahany Law have helped many victims of investment fraud. Need more information? Contact attorney Brian Mahany online, by phone at 202.800.9791 or email us at