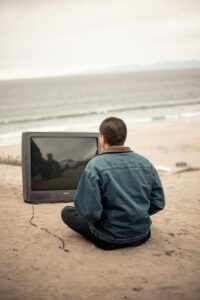 All of us know that we shouldn’t believe everything we hear on TV, right? Yet thousands of struggling Americans still rely on radio and TV when trying to find help for mounting tax debts.  The worst of the worst of tax relief companies have been shut down. (Remember those late TV commercials featuring Roni Deutch – America’s self-proclaimed tax lady – telling people they could just pay the IRS pennies on the dollar. It didn’t work for Roni. you can read more about her demise here.)

Others folks listen to talking heads on late night talk shows dispensing bad tax advice. If you do so, you are doing it at your own peril.

Recently a federal court ruled that taxpayers cannot cite a television commercial that mischaracterizes certain tax rules as authority to support the position taken on a tax return. According to the court opinion, Ralph and Jacqueline Grosso bought a house for their adult son. They also claimed the first time home buyer’s credit of $6,500. The problem is that Mr. & Mrs. Grosso never lived in that house nor did they intend to do so.  The plain language of the home buyer credit says you must live in the home in order to take the credit.

The case should have ended right there after an IRS auditor reversed the credit. The Grossos, however, claimed they were entitled to the credit because they learned about it on TV.  They say that because what they heard on television was misleading, somehow they were excused from the law requiring purchasers to live in the home.

The court concluded that a misunderstanding of the tax law does not excuse the clear requirements of the Internal Revenue Code (Grosso v. U.S., Eastern District of Pennsylvania Nov. 30, 2011).The fact that Ralph and Jacqueline had enough money to buy their kid a house suggests that they didn’t even need the $6,500 credit but that’s another story. The moral of the story? Don’t believe everything you see on TV.

A few minutes with an accountant early in the game can save a lot of aggravation (and attorneys fees) later. More importantly, if you retain the services of a tax preparer or accountant and they make a mistake, you have recourse. Everybody makes mistakes and when the person making the mistake is your accountant or financial professional, you probably can make a claim for professional malpractice.

We don’t practice tax law but we will help prosecute legitimate professionals that give bad tax advice. If you want to claim tax relief based on some TV huckster, we can’t help. But if you lost $1 million or more based on the bad advice of an accountant, lawyer insurance or investment advisor, we certainly can help.

The bottom line? Don’t rely on TV commercials for tax and financial advice. But if the bad advice comes from a legit CPA or other professional, you probably have a claim. By other professional we mean a return preparer, insurance agent or investment adviser. You would be surprised how many non CPA professionals believe they are qualified to provide tax advice.

Video One: “If It Sounds Too Good to Be True It Probably Is – Tax Lady Roni Deutch Prosecuted”

If the figures coming from the North American Securities Administrators Association (NASAA) are correct, the number of fraud … END_OF_DOCUMENT_TOKEN_TO_BE_REPLACED