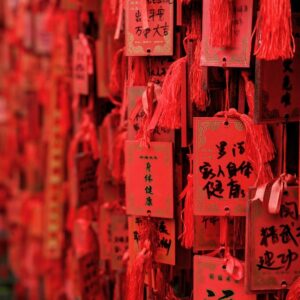 Are You the Victim of Chinese Reverse Merger Scams? We May Be Able to Recover Your Losses

[Post updated 2021] Hundreds of small Chinese companies have figured out a way to enter the U.S. stock market. Their secret? Reverse mergers. Are these companies scams? Many seem to think so.

Chinese companies looking for a quick way to raise capital merge with a defunct or nearly defunct U.S. public company. For all practical purposes, these companies are mere shells, but shells authorized to trade their shares publicly.

At any given time there are dozens of thinly traded penny stocks on the market.By merging with the American shell, the Chinese company is instantly public.

These reverse mergers are also known as reverse IPOs. While a real initial public offering can take well over a year, the reverse takes weeks. These arrangements also save the company significant underwriting fees.

There are usual some audits performed by underwriters before the two companies merge but thus far, many of those audits are about as reliable as the income figures claimed by the Chinese company. In other words, not very reliable.

Auditing a business in China has its own unique set of rules. Rules shrouded in secrecy, language barriers and vast cultural differences. The bottom line is that American auditors have a tough time verifying the financials claimed by the new merged company.

China has its own stock exchanges leading many people to wonder why these companies don’t just list on the Shanghai exchange. The reason is surprising. The regulatory requirements to register in China are more onerous than in the U.S.! What could take a year or more in China takes only a few weeks here.

Are all these Chinese reverse merger scams? Of course not but many are. Invariably, plenty of people invest based on phony financials and the desire to cash in on China’s booming economy.

Fast forward a decade and the problem still persists. Getting good audited financials for these companies is still a challenge.

The Sarbanes-Oxley Act of 2002 established the Public Company Accounting Oversight Board (PCAOB). Its mission is to make sure that the audits presented to the SEC and shareholders are accurate. That means the board periodically reviews the audits of U.S. public companies, including those whose business and records are based in China.

Unfortunately, getting good audits in China is still a challenge. Many remember the scandal that arose in 2020 when Chinese company Luckin Coffee was found to have faked its financials. The company’s stock price dropped from $50 per share to $2.59. Many U.S. investors lost most of their investment seemingly overnight.

According to the Wall Street Journal, the SEC believes Luckin was able to escape detection because of the difficulty in inspecting and auditing records in China. In April 2020, the SEC renewed warnings to U.S. investors seeking to invest in companies located in China.`

What does this mean for investors who lose money in one of these companies? If a broker recommended the company you probably have a good case against the broker. Just a little bit of due diligence exposes most of these “opportunities” as mere scams. Brokers have a responsibility to their clients to recommend suitable investments. While no broker can guarantee that every trade will be profitable, brokers have a duty to perform some due diligence before recommending equities to their customers.

Investors may also a good claim against the auditor, assuming the auditor has insurance or assets. These so called gatekeeper suits are increasing in frequency.

Ideally, before you invest in one of the Chinese companies, do a little due diligence yourself. If the financials of the company are simply too good to be true, the company is probably a scam.

Another suggestion is to not only examine the financials but the company auditing those financials. If the audits were performed by a large or reputable firm, you may have recourse if the investment collapses. If the auditing “firm” is just one person, watch out.

Remember the Madoff auditors? Hundreds of people relied on the tiny firm of Friehling & Horowitz who claimed to have audited Madoff’s books and provided a clean bill of health. Only there was one problem, the same firm had been telling the American Institute of Certified Public Accountants (the body that sets auditing standards) that it stopped performing audits some 15 years earlier.

If you are the victim of investment fraud, Chinese reverse merger scams, Ponzi scheme, securities fraud, invested in a bad or phony welfare benefit plan (419 plan) or simply received bad advice from a bad lawyer, accountant or stock broker; contact the asset recovery and securities fraud lawyers at Mahany Law.  We have helped people across the United States recover their hard earned money. For a no obligation, no nonsense review of your case, contact Brian Mahany online, by email or by phone 202-800-9791.

Are you a company insider with information about reverse merger scams or phony corporate books and records? You may be eligible for an SEC cash whistleblower reward. To date our clients have received over $100 million in rewards.