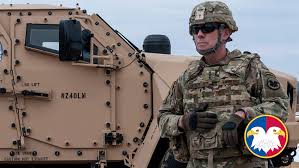 Chase (and Other Big Banks) Have Been Accused of Violating the Servicemembers Civil Relief Act – While Our Fighting Men and Women Defend Our Nation, Banks Overcharge on Loans and Take Their Homes

“Soldiers who are fighting on the front lines to protect our country shouldn’t have to needlessly fight with banks to protect their homes,” said Rhode Island Senator Jack Reed.  He asked the attorney general’s office to examine the incidents for possible federal prosecution.

Other states have now begun investigating whether other mortgage companies have also violated state and federal foreclosure laws.  Apparently violations are widespread. Complaints have been pouring in from servicemen about Chase, Countrywide/Bank of America, HSBC, Capital One and others.

The Servicemembers Civil Relief Act and many states limit the interest rates that can be charged to active duty soldiers.  Servicemen and women are deployed are also protected from foreclosures until they return.

For its part, Chase has admitted overcharging over 4000 military families and has pledged to mail refund checks. Fixing the problem for the 14 families that lost their home may be more difficult.  One soldier said that not only did Chase foreclose on his home while he was on active duty, the resulting financial loss forced him into bankruptcy.  It is one thing to mail a refund check but quite another to restore someone’s home, peace of mind and credit standing.

Numerous lawsuits have been filed and more are expected.

If you are the subject of a foreclosure action, seek legal help as soon as possible. In many instances an experienced lawyer can help you modify your loan, work out a short sale (selling the property for less than one is owed) or raise defenses to the bank’s actions.

Update: In April, JPMorgan Chase agreed to pay $27 million to settle charges that overcharged active duty servicemembers. The settlement requires the bank to pay $12 million as damages to the approximately 6,000 service members covered by the class action suit. The bank also must set aside a $15 million fund for additional individual damages. That fund will be administered by an independent third party.

Chase’s portion of the settlement was $31 million.

While these settlements are a step in the right direction, the national headlines don’t tell the entire story. Mailing checks to soldiers long after their homes were illegally foreclosed and sold is little consolation. Let’s look at one of almost 1000 military members who rights under the Servicemembers Civil Relief Act (SCRA).

Sgt Jim Hurley was an Army reservist who deployed to Iraq. While he was fighting for our freedom, JPMorgan Chase illegally foreclosed on his home. The SCRA is clear but that didn’t stop Chase. His wife Brandie and their two little kids were left on the street.

Sgt Hurley was wounded and returned as a disabled veteran. But two months before he returned from war his home was gone. It took a five year legal fight before a federal judge ruled that the bank was wrong. Unfortunately, the battle didn’t end there. Both Deutcshe Bank (the lender) and the loan servicer, Saxon Mortgage Services (a JPMorgan Chase subsidiary) couldn’t agree on damages.

The banks simply wanted to right a check for the equity in the home. Sgt Hurley, however, said his damages were far greater. For years his family struggled with no secure future or roof over their head. He also claimed that his credit had been impaired by the foreclosure.

The Servicemembers Civil Relief Act (SCRA) applies to all active duty military members. Reservists and National Guard members are covered while serving under active duty orders. Generally eligibility for the law’s protections ceases within 1 to 3 months after discharge from active duty. With some limitations, it also applies to family members.

The SCRA was enacted by Congress in 2003. Previously it was known as the Soldiers’ and Sailors’ Civil Relief Act. The purpose of the law is to protect servicemembers while servicing the nation. Congress says the law is necessary so that our soldiers can “devote their entire energy to the defense needs of the Nation.”

While this post primarily discusses foreclosures while a military member is on active duty, there are many protections within the Act. These include:

Mahany Law is a full service, national boutique law firm that sues banks, lenders and mortgage servicers. We regret that we are unable to handle individual homeowner cases. (We do consider class action cases and in exceptional cases will accept a wrongful foreclosure case involving an active duty servicemember.) For more information contact us online or by email

How to Stop Nuisance Calls in Texas Americans received 58.9 billion robocalls  last year. And that total is up 22% from … END_OF_DOCUMENT_TOKEN_TO_BE_REPLACED