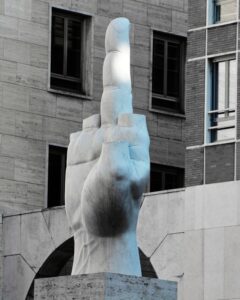 When a prospective customer logs on to the Charles Schwab website, they are greeted with a friendly message that says, “We see investing from your perspective and make recommendations based on actually listening to you and understanding your needs.”Apparently that isn’t so. Schwab settled SEC charges accusing the company of misleading investors about the safety of a bond fund marketed by Schwab.

Earlier this week the company paid an $119 million fine to settle the charges. As large as the fine sounds, it covers only a fraction of the losses incurred by investors. In 2010, a class action suit against Schwab for the same conduct resulted in a $235 million settlement.

If this isn’t enough, the company still faces well over 100 arbitration claims by individual investors. These represent investors who elected to opt out of the class action. FINRA, the Financial Regulatory Authority, has already ordered $20 million in claims to be paid and just ordered the company to set an additional aside $17.5 million.

All these complaints involve a bond fund called the Schwab YieldPlus Fund. The fund was marketed as a safe conservative investment that would generate income. The fund was offered as an alternative to a money market account. The government says that the fund was anything but safe and invested in risky subprime mortgage securities.

According to the SEC, Schwab made misleading statements to its customers and deviated from the stated investment policies without approval of the holders of the fund.

Schwab is not the only short-term bond fund having problems.Last year the government charged Morgan Keegan & Co with fraud after it’s bond fund suffered steep losses attributed to investing in subprime mortgages.

Schwab & Morgan Keegan have denied all wrongdoing, although the huge fines and settlement paid by Schwab suggest otherwise.

Customers who lost money in supposed “safe” investments may have recourse if the company or its brokers made misleading statements or had knowledge that the fund was making investments outside its stated investment policies.

Often in these large fraud cases, private attorneys will bring class action suits seeking to represent all parties. Although that may be appealing to many, some have criticized the Schwab YieldPlus class action as being settled for far too little. Individuals can often receive more by pursuing individual arbitrations through FINRA.

If you are a victim of a securities fraud, seek competent counsel, one that understands the FINRA arbitration process.

UPDATE: In 2015 Charles Schwab was again in trouble with regulators, this time for not having enough net capital. The SEC says that at one point the brokerage firm’s capital was deficient by approximately $775 million dollars leaving investors at risk. Schwab paid a fine but did not admit any wrongdoing.

Postscript: The investors in this case were ultimately made whole. Although Charles Schwab never admitted any wrongdoing, they paid up and paid record fines.  Investors were lucky; the company was big enough to absorb the losses. We know many smaller brokerage firms couldn’t bear the losses and simply went under.

Even big brokerage firms aren’t immune to failure, however. Just look at the bankruptcy of Lehman Brothers (and some of the other big boys that did survive but only because of bailout funds). Even Schwab had problems when their net capital was short by almost $1 billion in 2015. Although deposits in brokerage firms are insured by SIPC, the value of funds and securities are not. Make sure you understand the all the risks before you invest – not just the risks inherent in the investment itself but with the firm you are doing business with. And understand what insurance covers and what isn’t covered.

For a no obligation, no nonsense evaluation of your case, contact Brian online by email at or by phone 202-800-9791. Stockbroker fraud cases accepted nationwide. We also invite you to visit our investment fraud recovery information page for more details.