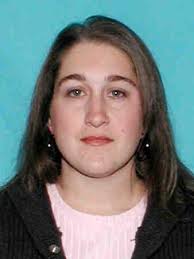 Theft and embezzlement is never justified. Stealing from the elderly is particularly disturbing. Thanks to a routine audit, one bank teller is behind bars for ripping off elderly customers. Police in New Iberia, Louisiana charged Brandy Rogers with bank fraud, forgery, identity theft and theft from an aged person.

Cops say Rogers looked for older or feeble clients who opened accounts at the Teche Federal Bank branch where she worked. Then, over a period of months, she would take money little by little from the customer’s account.

Rogers is alleged to have taken $280,000 before being caught. Unfortunately for her, bank fraud is a federal crime – one that carries a potential 30 year sentence behind bars.

[Update] Since this post was first written, Brandy Rogers was convicted and sentenced on June 6th, 2012 to 27 months of prison. Although we original wrote that Rogers was suspected of stealing about a quarter of a million dollars, further digging by the U.S. Secret Service revealed the total take was $387,321.45.

What did she do with the money? According to prosecutors, she blew the money on cars, home improvements, living expenses and entertainment. In announcing the conviction, Lafayette, Louisiana’s U.S. Attorney said, “Bank embezzlement is a serious offense that undermines society’s trust that hard earned income and life savings are safe and secure in our financial institutions. We will use all the tools at our disposal to prosecute those who choose to commit such crimes and victimize the customers.”

Elder fraud is a serious problem in the U.S. The first baby boomers turned 65 last month and now represent the fastest growing segment of our population. Unfortunately, that has created a growth industry for crooks and cons.

In the case of Rogers, banks have fidelity bonds. The victims should recover their money with little problem. If anything, the bank probably wants to avoid the negative publicity and will restore the money without a lawsuit being filed.

Many other victims of elder fraud are not so lucky. Every day across the U.S., caregivers steal from their patients, con men swindle the elderly out of their life savings and even family members sometimes force their elderly parents to sign new wills that change beneficiaries. Proving these cases can sometimes be difficult. Many cases are never even reported.

Before my mother passed away –she was in her 80’s and suffering from dementia – a handyman attempted to charge her $7000 to repaint a small 10 by 10 TV room.Professional house painters charge less to paint an entire home. Would that same contractor quote me such a ridiculous price? Of course not.

Courts and legislatures are beginning to take crimes against the elderly seriously. Most states have passed laws that enhance criminal penalties if the victim is above a certain age.

How bad is the problem? According to AARP, seniors lose billions of dollars per year to scams.

When an elderly victim does report the crime, they often make poor witnesses. Con artists know the effects of age on memory, and they are counting on elderly victims not being able to supply enough detailed information to investigators. In addition, the victims’ realization that they have been swindled may take weeks—or more likely, months—after contact with the fraudster. This extended time frame makes it even more difficult to remember details from the events.

What can you do? First, spend time with older relatives and friends. Seniors who live alone and are isolated tend to be much more at risk.Once victimized, many are simply too embarrassed to come forward and admit to others that they have been defrauded.

With permission, of course, examine their bills, credit card statements and check books. Unexplained checks to home care workers, multiple checks to charities, and outrageous charges for things like driveway sealing and chimney cleaning are signs that a crime has been committed.

If problems persist, consider having the court appoint a financial guardian to manage their affairs. The guardian can be a trusted family member.

Growing old presents many challenges. Getting ripped off should not be one of them.

If you or a loved one is a victim, report the incident immediately. Chances are that your actions will prevent another person’s parent or grandparent from being a victim. If the loss is substantial, consider hiring a lawyer specializing in fraud and asset recovery.

Recovering money mailed to Nigeria in a contest scam is probably impossible but recovering from a crooked stockbroker or shoddy contractor isn’t.

Mahany Law is a full service boutique law firm concentrating in fraud recovery. If you or a family member were ripped off by a stockbroker, banker or financial professional, we can probably help. Visit our fraud recovery page for details.

Seniors who have been physically neglected or abused should visit our sister site, Elder Law Info Lawyers.

We represent clients nationwide and have lawyers in several states. Our clients range from Maine to Hawaii. (Unless local, stockbroker fraud cases are limited to losses of $100,000 or more and legal malpractice $500,000 or more).

There is never any charge for an initial consultation and all calls are kept in confidence. For more information, contact attorney online, by email or by phone 202-800-9791.