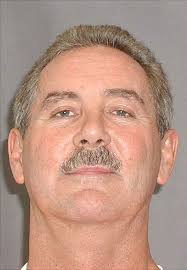 “Sir” Allen Stanford In Jail and Suing the FBI! [Booking Photo Courtesy of the Smoking gun]

There is nothing ordinary about litigation. Once an action is filed, there is no way of knowing the outcome. Although lawyers will often tell you that courts are best at resolving disputes, most people disagree. Often litigation results in countersuits. In the case of the government’s prosecution of alleged Ponzi schemer “Sir” Allen Stanford, the results can really be bizarre.

As many people know, federal prosecutors have charged Stanford with a wide variety of crimes related to his alleged $7 billion Ponzi scheme. Since being arrested in June of 2009, Stanford has not had an easy time. Press reports and photos last year suggest that he was badly beaten while in jail. Stanford, age 60, may have lived a life of privilege on the outside but apparently does not get along with the less privileged folks residing at the Joe Conroe Detention Facility in Texas.

Stanford’s jailhouse injuries appear to be the least of his problems. More serious is his inability to keep lawyers in his case. Thus far he has had a dozen lawyers enter appearances on his case.

Perhaps his most serious problem, however, is his mental health. A United States District Judge recently ruled Stanford mentally incompetent to stand trial.

For most defendants, that would be the end of the story. Not for Allen Stanford and the government lawyers who want to put him in jail. Stanford filed suit against several FBI and SEC agents on February 16th.

That Stanford sued the FBI and SEC is quite interesting. There have been many questions as to how Stanford avoided scrutiny from the feds for so many years. Press reports say that the feds had long suspected him of running a Ponzi scheme yet he was able to avoid prosecution for 20 years.

Some say that Stanford stayed out of jail for so long because he surrounded himself with former SEC and federal law enforcement officials. One of his chief lawyers was Thomas Sjoblom, a 20 year veteran of the SEC’s enforcement division.

Sjoblom and his former law firms were sued by investors. In 2016, a federal appeals court cleared the lawyers of any responsibility. That decision was not without controversy, in ruling on the case, the court said, “The Texas Supreme Court has now clarified that simply claiming that an attorney’s conduct was fraudulent does not allow plaintiffs to circumvent attorney immunity.. [T]hese are classic examples of an attorney’s conduct in representing his client.
That some of it was allegedly wrongful, or that he allegedly carried out some of his responsibilities in a fraudulent manner, is no matter.”

On one hand we have Stanford relying on former feds to defend him and help him avoid prosecution. Once caught, however, Stanford sued various FBI and SEC agents. He claimed that by seizing his property, the government essentially ruined his business and thus deprived him of money to hire counsel of his choosing. (Apparently he found counsel to file his lawsuit, however.)

As an experienced white-collar criminal defense attorney and former government prosecutor, I understand both sides of the issue. Prosecutors want seize the assets of suspected fraudsters and criminals in order to preserve them and have money available to return to victims. Defendants say having their assets seized before a trial and conviction deprives them of the opportunity to mount a proper defense.

Having a client who may be mentally incompetent will make the job that much more difficult for his lawyers. On January 26th, Judge David Hittner ruled that Allen Stanford did not have the mental capacity to effectively assist his attorneys at his criminal trial. In the tale of Humpty Dumpty, all the kings’ men could not put poor Humpty back together again. Assuming that Stanford has lost his marbles, all the lawyers in Texas might not be able to win his trial, not if he is truly incompetent.

The real story is how someone like Stanford who apparently is incompetent could build a multibillion-dollar empire.

There is a message buried in this story. Be very careful when you decide to enter the court’s arena. Sometimes people are sued and have no choice, of course. Every lawsuit filed is an invitation to a potential countersuit and expensive litigation. If you have no choice, make sure you have a well qualified lawyer who is looking after your best interest and not just “running the meter” as the saying goes.

Why Mahany Law? Often we can handle cases on a flat fee basis, capped fee, or a hybrid  fee with specific performance based compensation. “Running the meter” is certainly not our business model.

For more information, contact Brian Mahany directly at or by phone at 202-800-9791. All inquiries protected by the attorney – client privilege.