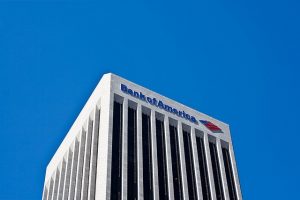 [Post updated 2020] Since our economic crisis began in 2008, we have all heard the depressing mortgage foreclosure statistics. According to the Mortgage Brokers Association, every 3 months, 250,000 new families enter into foreclosure. 138,000 foreclosures alone were commenced in April of this year according to the government. And for every home in foreclosure, as many as a dozen homeowners find themselves seriously in arrears. If this sounds bad,  it is. But an even grimmer story is emerging. Mistaken or wrongful foreclosures.

As banks race to keep pace with the record number of foreclosures, more and more mistakes are being made.  Take the example of Jason Grodensky of Ft. Lauderdale. When Mr. Grodensky purchased his home, he paid cash. But in July he learned that his house had been foreclosed by Bank of America and sold, even though he did not have a mortgage.

How did this mistake happen? Bank of America isn’t saying, although they acknowledged the mistake and say they are trying to unwind the transaction. According to a published report in Florida’s Sun Sentinel, one Florida attorney said, “The evidence doesn’t matter, the proof doesn’t matter, due process doesn’t matter. The only thing that maters is that they get rid of these cases.”

This story and many others has some banks temporarily suspending foreclosures until paperwork can be scrutinized. The Florida Attorney General is investigating Grodensky’s case.

Update: In the 11th hour, Bank of America rescinded the foreclosure and Grodensky got back his home. That a bank could proceed so far in a case where there wasn’t even a mortgage is scary.

In another Florida foreclosure case, this time in Palm Beach involving lender GMAC, one banking official admitted signing as many as 10,000 foreclosure documents in a month and without proper review.

In yet another case, Warren and Maureen Nyerges purchased a home in Florida. Like Jason Grodensky, they weren’t worried about the foreclosure crisis as they too paid cash and had no mortgage. Their piece of the American dream lasted exactly four months. That is when a process server handed them foreclosure papers.

The Nyerges’ were lucky. It only cost them $2534 in legal fees to straiten out the mess. That it took a judge to dismiss the foreclosure when there never was a mortgage is ridiculous.

The Nygerges’ were angry. They demanded that Bank of America reimburse them for their legal fees. The bank refused.

The State of Florida is investigating the bank and the law firm that started the illegal foreclosure. Connecticut, California and Ohio have also stepped in after concerns about wrongful foreclosures in their states. The U.S. Treasury Department and the Office of the Comptroller of Currency are also investigating shoddy foreclosure practices.

Last week Bank of America agreed to delay foreclosures until it could investigate whether bank officials failed to properly follow foreclosure procedures. Bank of America’s action comes on the heels of an admission from an official there that she signed 8,000 foreclosure documents per month without proper review.

How bad is the wrongful foreclosures problem? No one knows, although the National Consumer Law Center believes the problem is widespread.  Unfortunately, those who are losing their homes to foreclosure are already cash strapped. Hiring competent counsel is difficult for people who can’t even afford a roof over their heads.

This post was originally written when America was in the throes of the mortgage crisis. Years later, one would think the banks had plenty of time to get their paperwork straight. Nope.

Erik and Renee Sundquist were struggling to make ends meet. They hadn’t missed a mortgage payment on their home but that left them with little money for all their other expenses. Bank of America said they would consider a loan modification but first the couple would have to miss a payment to become eligible. (We have heard that nonsense all to often. To become eligible for a government sponsored modification there is no need to be in default. Banks do this to push people into their own bank sponsored modifications which frequently leave borrowers in a worse position.]

The couple followed the bank’s advice. Then the nightmare began. Twenty loan modification applications were either lost, declared to be untimely or deemed insufficient. In a desperate attempt to save their home, the Sundquists filed bankruptcy.

That didn’t work either. Despite the automatic stay provision of the bankruptcy code which prohibits foreclosures absent a court order, Bank of America proceeded with the foreclosure anyway.

In the words of the bankruptcy court judge,

“The mirage of a promised mortgage modification lured the plaintiff debtors into a kafkaesque nightmare of stay-violating foreclosure and unlawful detainer, tardy foreclosure rescission kept secret for months, home looted while debtors were dispossessed, emotional distress, lost income, apparent heart attack, suicide attempt, and post-traumatic stress disorder, for all of which Bank of America disclaims responsibility.

“Their sole reason for defaulting, which they did with considerable reluctance (their credit score had been above 800), was acquiescence in Bank of America’s demand that they default as a precondition for loan modification discussions with Bank of America.

“Bank of America started a multi-year “dual-tracking” game of cat-and-mouse. With one paw, Bank of America batted the debtors between about twenty loan modification requests or supplements that routinely were either “lost” or declared insufficient, or incomplete, or stale and in need of re-submission, or denied without comprehensible explanation but without prejudice to yet another request. With the other paw, Bank of America repeatedly scheduled foreclosures.”

Brian Mahany and the lawyers at Mahany Law help victims of all types of fraud. We defend business owners against improper foreclosures too. Our fraud and asset recovery lawyers have helped people across the United States.

We are a nationwide boutique lender liability firm. To learn more contact attorney Brian Mahany online, by email at or by phone 202-800-9791.

[Ed. Note: We no longer handle residential foreclosure matters. Our practice is strictly limited to large commercial foreclosures. Our residential foreclosure information (including helpful tips on keeping your home) is now located on our sister website, LenderLiabilityLawyer.com. In rare cases we will still handle mistaken or wrongful foreclosures where no money was owed on the property or where a lender violated an automatic stay in bankruptcy.

Five men are behind bars after being convicted of blatant fraud against taxpayers and the United States. According to court … END_OF_DOCUMENT_TOKEN_TO_BE_REPLACED