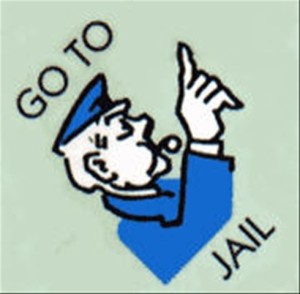 What Happens When a Lawyer Helps a Client Steal?

[Post updated January 2020] Jonathan Bristol, a former partner at two of the largest and best U.S. law firms, was arraigned in a Manhattan federal court and charged with laundering over $20 million in connection with Kenneth Starr, the now convicted financial advisor to Hollywood celebrities.

In 2008, Bristol became a partner at Winston & Strawn, a prominent New York law firm.  He was guaranteed annual income of $1.35 million per year. Unfortunately, Bristol was unable to generate enough money so his pay was quickly reduced by more than 50% and bonuses were tied to performance.

At the same time his pay was being cut, Bristol brought in a new client, Ken Starr. By then (summer of 2009), the SEC was investigating Starr. At least one of Starr’s clients began to suspect wrongdoing.

Bristol soon billed Starr over $1 million for legal work. Prosecutors say that Bristol knew by then that Starr was involved in illegal activity.  Although every criminal defendant is entitled to legal representation, lawyers are not allowed to conspire with clients to help them commit their crimes. According to prosecutors, Bristol did more than conspire, he helped Starr launder tens of millions of dollars stolen from Starr’s clients and in some instances, lied to those clients.

How did the money laundering scheme work? The indictment claims Bristol knowingly used his lawyer’s trust accounts to launder money and conceal the thefts from Starr’s clients. He also used the trust accounts to pay the law firm large fees.

Starr would move client funds into the trust account and Bristol would then kick back the money to Starr or pay off other victims who were becoming increasingly suspicious.

One of those victims was a 100 year old woman whose money was wrongfully taken and laundered in Bristol’s account.

Like all Ponzi schemes, the house of cards falls when there is not enough new money to pay the claims of old investors seeking to cash out.  By 2009, some clients were demanding their money back. In early 2010, the feds raided Starr’s home and found him hiding under his bed.

For its part, there is no allegation that Bristol’s law firm knew that Bristol activities were illegal.

Starr was convicted in September and is currently in jail. Bristol remains free on a $1 million signature bond. Both Starr and Bristol are also facing charges in a separate SEC complaint.  According to that complaint, Bristol at one point attempted to represent both Starr and one his victims. Of course, representing conflicting parties is itself unethical.

Prior to Starr’s arrest, over $25 million was deposited into Bristol’s trust account. There was just $3000 at the time of his arrest.

Where did all the money go? The government says much went to Bristol’s law firm and $7.6 million went to purchase a luxury Manhattan apartment for Star and his wife Passage.

The Justice Department said at sentencing:

Without Jonathan Bristol, Kenneth Starr’s massive fraud would not have been nearly so successful or as lengthy as it was. Starr was able to conceal his fraud from his clients precisely because Bristol agreed to funnel Starr’s fraud proceeds through his attorney escrow accounts, on dozens of occasions over the course of nearly a year. And Bristol’s participation in the money laundering was hardly passive. In some cases, Bristol affirmatively repeated the lies that Starr had told his clients about the money transferred to the escrow accounts, falsely representing to these same clients that the money was ultimately being put to legitimate investment ends, when in truth and in fact, the money was being used to promote Starr’s lavish lifestyle. Because Bristol, an attorney and an officer of the court, helped Starr conceal the proceeds of his massive wire fraud scheme, Bristol deserves to be held to account.

Although facing five years, Bristol got a time served sentence. After the sentence, Manhattan’s U.S. Attorney said, “Attorneys are supposed to promote respect for the rule of law. But Jonathan Bristol abused his position as a partner at a prominent New York City law firm to break the law over and over again. Bristol should have been a gatekeeper; instead, he was an enabler to Kenneth Starr and his multi-million dollar fraud.”

(Note: The author attempted to uncover Starr as a fraud during the trial of actor Wesley Snipes in January of 2008. Starr failed to honor a subpoena for documents issued by the author during the Snipes trial. He subsequently lied to the court but was not charged by prosecutors or sanctioned by the court. His lies and criminal conduct would continue for another two years until early 2010. All of the conduct set forth in the Bristol indictment and subsequent losses to the victims in that case might have been prevented had the government acted to the warnings in the Snipes case. Copies of those documents are available on line from the U.S. District Court for the Middle District of Florida Pacer system – case number 5:06-cr-00022, document numbers 378, 378-1, 421 and 426. While we are disappointed that Bristol received a slap on the wrist, we are happy to report that Starr received 7.5 years.)

Mahany Law is a full service boutique law firm that assists victims of fraud recover their hard earned money. We also represent victims of legal and accounting malpractice, securities fraud and Ponzi schemes.  Our asset recovery and fraud recovery lawyers can help victims anywhere in the U.S. For a no nonsense consultation, call attorney Brian Mahany online, by email at or by phone (202) 800-9791. All inquiries are protected by the attorney – client privilege and kept strictly confidential.