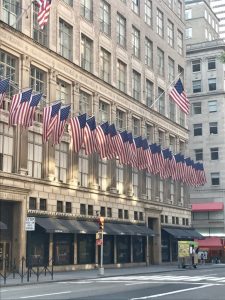 Former UBS Banker Renzo Gadola Avoided Prison after Agreeing to Cooperate with the IRS and Justice Department Officials. Do You Want to Spend Your Life Looking Over Your Shoulder? By Becoming a Whistleblower You Can Actually Get Paid Cash Reward for Information about Unreported Offshore Accounts.

Just when all the UBS litigation began to die down, the U.S. Attorneys Office in Miami Florida filed charges against Renzo Gadola, a former UBS banker.  Gadola is charged with the felony crime of conspiracy to defraud the U.S. Treasury. The criminal complaint provides startling evidence as to the conduct of UBS and their efforts to assist US taxpayers underreport income.

According to charges unsealed on December 15th, Gadola worked for UBS from the late 1990’s through 2008. Although a Swiss citizen, Gadola frequently traveled to the U.S. and attended college at Jacksonville University.

UBS provides private banking services to clients around the world including the U.S. The IRS contends that UBS actively helped Americans conceal their money in Swiss accounts. The IRS claims UBS trained its bankers on how to avoid detection by U.S. authorities while traveling in the U.S. by lying on customs forms and stating their trip to the U.S. was not business related.

How did Gadola get caught? Last year the IRS offered a voluntary disclosure plan that allowed Americans with undisclosed foreign accounts to come forward and not face prosecution. Some 15,000 taxpayers took advantage of that program.  Included in that group were 12 customers of Gadola.  Those 12 people had unreported accounts worth between $18 and $46 million.

One of those clients was a U.S. resident who had inherited money from his recently deceased mother. The account had never been properly declared. Later, that same client admitted to another Swiss banker affiliated with UBS that he had several hundred thousands of dollars in cash stuffed in a box. UBS was eager to help the client conceal the original account and conceal the box of cash.

One of the bankers ultimately met with the client in a hotel room in New Orleans where the client turned over the cash.  No required currency transaction reports were filed.

Later, during the 2009 amnesty program, the client informed his Swiss bankers that he was going to declare his accounts and come clean with the IRS.  One of those bankers begged the client not to report the account to the IRS because it would cause trouble. He offered to provide fake documentation that would characterize the monies as a loan.

The client refused. Gadola traveled to the U.S. to “help” the client and was arrested. With this arrest comes a new window into the activities of UBS and Swiss banking.

Although no longer at UBS at the time of arrest, Gardola remained a Swiss banker. What is particularly amazing is how this activity was taking place during the same time as the UBS and Swiss banking scandal. One would assume that notwithstanding the record fines levied against UBS, it is still business as usual for Swiss bankers doing business in the U.S.

Gadola is free on a $750,000 bond while awaiting trial. He has surrendered his passport.

[Post updated: Shortly after we wrote this post, Gadola pled guilty to a charge of conspiracy to defraud the IRS.  According to his plea agreement, he admitted the following facts:

During the meeting on or about November 6, 2010, RENZO GADOLA provided the following advice to U.S. CLIENT regarding disclosing the Basler Kantonalbank account to the United States government:

In your particular instance [SWISS BANKER] told me there is really, the likelihood that you will be found out, that they will somehow, you know, sometime, somehow find out about the account is practically zero percent. So he really, he was very adamant about you not going forward and going through with the voluntary disclosure.

Later in the conversation on or about November 6, 2010, RENZO GADOLA further provided U.S. CLIENT with instructions from SWISS BANKER regarding disclosure of the Basler Kantonalbank account:

‘In your particular case, [SWISS BANKER] told me because of the circumstances and the way, you know, everything happened, you should not go through [with] the voluntary disclosure.’

The “voluntary disclosure” referenced in the plea statement refers to the IRS’ Offshore Account Voluntary Disclosure Program, a special program to help taxpayers get in compliance without the fear of  criminal prosecution. The program also reduced some of the IRS penalties.

Prosecutors asked for a minimal sentence even though he was facing five years. According to prosecutors,

After his arrest, the defendant quickly agreed to cooperate with the Government. On November 9 and 10, 2010, Gadola participated in lengthy proffer sessions where he provided information regarding a scheme to assist United States taxpayers in opening and maintaining secret bank accounts in Switzerland to assist those taxpayers in concealing assets and income from the United States Government, specifically the Internal Revenue Service. Gadola provided information about his then-current and former U.S. customers who maintained secret Swiss accounts, as well as information about other Swiss bankers and Swiss financial advisors who assisted United States taxpayers in maintaining secret accounts. After the two initial proffer sessions, Gadola submitted to no less than five (5) additional interviews by the Government, each time providing information regarding his U.S. customers with secret Swiss bank accounts as well as the Swiss banks, Swiss bankers, and Swiss financial advisors who aided and abetted those U.S. customers. Moreover, within days of his arrest, Gadola participated in consensually monitored phone conversations with U.S. customers who continued to maintain secret Swiss bank accounts.

That’s right… one day Gadola is telling customers they will never get caught. Within hours of his arrest he is cooperating. Just before Christmas he was sentenced to five years of probation. The Justice Department statement can be found here.

What are the lessons here?

First, if you have unreported taxes or foreign accounts, chances are you will be caught. The IRS typically operates on a first contact policy. If you get into compliance before getting caught, the IRS doesn’t prosecute. And that leads us to to our second point.

The IRS is very aggressive when it comes to unreported foreign bank accounts. Having an offshore account isn’t legal but not reporting that account or using it to evade taxes is a felony.

Under the IRS Whistleblower Program, anyone with inside information about tax fraud may be eligible for cash rewards. The IRS pays up to 30% of what they collect from tax cheats. That sum includes interest and penalties too.

Are the rewards real? Former UBS banker Bradley Birkenfeld received a $104,000,000.00 reward for turning in UBS.

Renzo Gadola doesn’t get a reward because he waited until being arrested before cooperating. If you work for a Swiss or other offshore bank or investment firm and have information about others hiding money in offshore accounts, call us. We help whistleblowers receive cash rewards. To learn more, visit our Offshore Tax fraud Whistleblower Information page.

Ready to see if you qualify for a reward? Contact us online, by email or by phone 202-800-9791. All inquiries are protected by the attorney – client privilege and kept confidential. You do not need to be a U.S. citizen or resident to collect a reward.

2014 Update: In a bizarre twist of fate, four years after his plea, the Swiss Attorney General launched an investigation of Gadola for cooperating with the IRS! The Swiss say they are merely enforcing their privacy laws but we think it is a thinly veiled threat to Swiss bankers. Keep quiet or else!

To our knowledge this is one of the few times the Swiss have investigated a one of their own for cooperating with the United States. The timing is bizarre as Switzerland has announced that it will cooperate with the IRS and other taxing authorities.

While we are confident that the situation will quickly resolve, whistleblowers from Switzerland or working for Swiss banks should consult with us before blowing the whistle. As noted above, all conversations with lawyers are treated as confidential and protected under U.S. law.