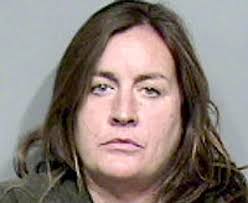 After almost 40 years as a lawyer and law enforcement officer, nothing surprises me. Almost nothing.The civil suit between Therese Ziemann of Appleton, Wisconsin and Donessa Davis of Fond du Lac is one for the history books.

According to the lawsuit, Ziemann lured Davis to a local motel after believing that he was cheating on her. Davis claims he was drugged with Xanax and GBH, a popular date rape drug. He was then tied up, threatened with a gun, humiliated by three other women and had his penis glued to his body. That assault made national news last year. The civil suits filed this month are even more fascinating.

That Davis has filed a suit is not surprising. He says the assault at the hands of four women left him emotionally scarred. He also claims some medical difficulties resulting from the attack on his manhood. Although the facts are unusual, it is essentially a suit for assault and infliction of emotional distress. The story doesn’t end there, however.

Ziemann immediately filed a countersuit against Davis accusing him of fraud. She says that Davis’ complaints of emotional distress are nonsense; she claims he called her after the incident in the hopes of “renewing an intimate relationship.” She also says his claims of medical problems are false. According to her lawyer, Davis is “as fit and virile as ever.”

Too much information, if you ask me.

She also claims that Davis was a philanderer who sought vulnerable women and attempted to get them to financially support him. She says his suit for money damages is an extension of his fraudulent attempts to get money from women.

Ziemann may be correct that Davis is nothing more than a cad. There is just one problem with her suit, however. According to public court records, Ziemann was convicted of disorderly conduct and battery for gluing Davis’ penis. She was convicted in December of 2009 by then Calumet County District Attorney Ken Kratz. (Kratz himself made national news earlier this fall for sending sexual text messages to domestic violence victims.)

Lest you begin to have too much sympathy for Davis, he appeared in court in shackles because of unrelated criminal charges. He was charged in a neighboring county with physical abuse of an 8-year-old child, stealing his father-in-law’s ashes, and leaving threatening text messages for his wife.

Ultimately none of the women went to jail. Charges were dropped against Davis wife and the other women received sentences of probation. One of the women, Therese A. Ziemann, says she just reacted after finding her daughter’s number in Davis’ cellphone.

None of these people appear destined for sainthood. The civil suits between the parties are still pending.

Calumet County Wisconsin has a population of just 45,000 residents. According to their logo, they extend the peace pipe to all mankind. One has to wonder what kind of tobacco they have been smoking in that pipe.

Sexual Assaults Are No Laughing Matter

The story of Donessa Davis, his wife and his alleged lovers is humorous. These are the folks we expect to see airing their dirty laundry on a Jerry Springer episode. That is not to say all sexual abuse and sexual assault cases are amusing. 99.999% are no laughing matter. In fact, we think these clowns actually did damage to the national story on abuse.

Helping the victim of sexual assault requires more than a personal injury lawyer. Unlike a car accident where physical injuries are often obvious, the injuries in sexual abuse cases are often emotional and psychological and can linger for years. You can’t see those injuries on x-ray but we understand that emotional injuries are usually far more severe and can last much longer than broken bones or bruises.

Our team and network of sexual assault lawyers are both aggressive and experienced. Brian Mahany and his handpicked team have a long history of pursuing sex offenders. Brian is a former police officer, prosecutor, and board member of the Family Violence Project. He is also a former volunteer with the Sexual Assault Crisis and Assault Center.

Whether family members, priests or day care workers, we civilly prosecute those that take advantage of others. We work tirelessly to ensure victims are heard.

If you are the victim of sexual abuse, sexual assault, rape, incest or sexual molestation, call us. Brian and his network can be reached online, by email brian@mahanylaw.com or by phone at 877.858.8018. All inquiries are kept strictly confidential. We also invite you to visit our sexual assault victim information page for more information.