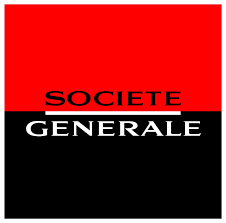 [Updated Nov. 2018] Two Societe Generale Singapore bankers have been accused of losing almost $10,000,000 in a client’s account and then attempting the hide the losses with phony statements. An Australian resident, Chan Leong Cheng, sued the bank and two of its private bankers for fraud. According to the suit, “the defendants’ management of the assets in the account created massive losses.” That appears accurate; according to the victim, the account went from about $10 million to $250,000 in just a few years.

While bank frauds are nothing new, Societe Generale is the second largest bank in France. It is known for its private banking. According to the bank’s website, Societe Generale has 2,900 private bank employees in 21 countries managing over $90 billion. For a bank that large and sophisticated, it has continued to be plagued by internal fraud and theft.

In April of this year, the bank admitted “anomalies” in its Singapore operation, the same location currently being sued by Mr. Chan. The bank announced an internal audit and later reported that the affected clients were informed. Apparently that did not include Chan. Although his account had dwindled to just $250,000, he continued to receive statements – phony statements – showing his account with an $8,000,000 balance.

In early October of this year, a French court sentenced Societe Generale trader Jerome Kerveil to 3 years in prison and ordered him to pay a record high fine of almost $7 billion after being convicted of forgery and breach of trust.

What is especially shocking is that despite its already tarnished reputation and bad publicity, the bank has refused to make good on Mr. Chan’s account.  According to a published report, one of the two account managers, Jenny Liew Marn Leng, Mr Chan’s relationship manager, has already confessed.

According to the lawsuit, Ms Ang  told Mr Chan that although she had known about out Liew’s conduct for months, she decided not to inform him, and instead made further trades on his account ‘in a vain attempt to recoup the massive losses.”

Not only were the defendants unable to recoup the losses, the lawsuit says Ang made the problem worse by electing to withhold the matter from the bank’s management. Apparently she was afraid of losing her job.

With all these confessions, did anyone bother to pay Mr. Chan back for his lost millions? NO! For the bank’s part, they claim that Mr. Chan was negligent and responsible for the criminal conduct of the bank’s employees.  Manager Lillian Ang apparently threatened to sue Mr. Chan!

The real losers in this case are Mr. Chan and his kids. He had set aside the monies in that account to fund his kids’ future needs. All of that is now in doubt unless the bank makes good.

Can I Hold a Bank Liable for my Losses?

Not every loss by a bank is the result of fraud. Most are not. For every winner in the investment world there is someone who loses money. Blaming the victim, however, does nothing to enhance the bank’s already damaged credibility. Remember, one of the two bankers has already confessed and according to the lawsuit, the bank statements were complete fabrications.

Where did the money go? Early speculation is that the two bankers made a series of unauthorized trades in the account, each one losing money. As the account’s balance rapidly dwindled, the two made increasingly risky trades trying to recoup the losses. To compound the problem, the two altered bank statements sent to the client.

Societe Generale’s website notes, “To maintain your standard of living and meet your future needs… we take everything into account.” Perhaps after this latest investment fraud scandal that should now read, “We take everything IN your account.”

Chan Cheng is a resident of Perth, Australia. Societe Generale is headquartered in France. And his particular account was in Singapore. U.S. law probably doesn’t apply to his account.

When a U.S. victim or bank is involved, however. Banks can be held responsible.

Mahany Law is a full service, national boutique law firm that represents victims of fraud. Whether it is bank fraud, investment fraud, or inappropriate trading by a stockbroker, we can help you recover your losses. Anywhere in the U.S., we can help.  Our team of asset recovery lawyers have helped people from Maine to Hawaii and many places in between.

If you are a victim, do not feel ashamed. Many of today’s frauds are extremely sophisticated and difficult to detect. You are not alone. Call for a confidential, no nonsense evaluation of your case. Brian Mahany can be reached directly at (414) 704-6731 or at .