What Happens When the Government Breaks Securities Laws) 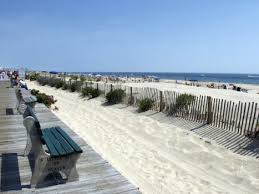 The Garden State Was Charged with Securities Fraud for Not Disclosing the Extent of their Pension Underfunding. (photo from visitnj.org)

In August, regulators charged New Jersey with misleading investors about the health of its two largest pensions; the $34 billion teachers pension and the $28 billion public employment retirement system.  Like many states, NJ has inadequately funded its pension funds. In recent years, NJ sought to sell bonds in order to bolster the funds. Unfortunately, in selling the bonds, the state failed to disclose that it had not been keeping up with its pension funding obligations in recent years. According to a Wall Street Journal report, the state made no contribution last year.

According to the SEC, New Jersey made several material misrepresentations including:

In announcing the settlement, the SEC’s Director of Enforcement said, ‘The State of New Jersey didn’t give its municipal investors a fair shake, withholding and misrepresenting pertinent information about its financial situation.”

The case has been settled and although New Jersey admitted no wrongdoing, they also promised to not violate the law again.

This case highlights what many savvy investors already know – anyone can find themselves a victim of investment fraud. Always do your own due diligence before investing.  As folks who purchased New Jersey government issued bonds just learned, sometimes you can’t even always trust the government.

[Update] The state with a worse record of funding pensions? Illinois. And in 2013 SEC cracked down on Illinois by charging the state with securities fraud. Once again, the state avoided any fines.

The National Association of State Retirement Administrators say several states have public pensions that have assets as a percentage of liabilities of under fifty percent. The worst is Illinois followed by Kentucky, Missouri, Indiana Teachers, Connecticut, West Virginia Teachers, Alaska Teachers and Louisiana Teachers. Many other public pensions are also underfunded.

The SEC can’t force states to properly fund their public pensions but they can insure that states are transparent with investors.

The attorneys at Mahany Law help victims of investment frauds recover their hard-earned monies. Whether you were defrauded by an individual or business, the fraud recovery lawyers at Mahany Law can help you. Our anti fraud practice includes legal malpractice, accounting malpractice, investment frauds and securities arbitrations.  We are located in Milwaukee, Wisconsin with attorneys around the nation including Florida, Maryland / Washington DC, Texas and Michigan. We have helped fraud victims throughout the United States.

Founder Brian Mahany is former assistant attorney general and police officer. For more information, please visit our stockbroker fraud lawyer information page. Ready to see if you have a case? Contact us online, by email or by phone 202-800-9791. All inquiries are kept strictly confidential.

Belviq, the brand name for Lorcaserin, has been withdrawn from the U.S. market after repeated fears about its links to … END_OF_DOCUMENT_TOKEN_TO_BE_REPLACED